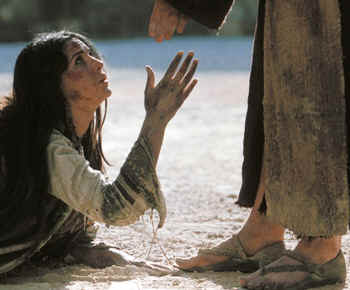 The first time I heard this song was the day I attended Sunday Mass, for the first time, WILLFULLY, alone, in over 18 years. I say willfully because I was raised in a Catholic home and even though we didn’t pray together, going to mass was mandatory. If you were living in my parents house, you got up every Sunday and went to mass. For a long time, when I was younger my older siblings, even if they didn’t live at home, they would show up at home with all their children, and we would go to mass together. For some reason, my siblings could no longer make it for mass but would come later for dinner. Later on in my teens, when I received my drivers license, it was up to me to make sure I attended mass and at that time, I became to “Cool” to go. I would stop in at church before mass, pick up the Church bulletin and then head off to hang out with my friends, or so shopping until I knew mass was over.

I had attended sporadically, here & there for weddings & funerals and a few baptisms, but never put forth the effort to attend Sunday Mass. I thought about going! But the thought faded as quickly as it came. On many occasions, the thought of going overpowered me and I was ashamed and remorseful for not attending. And that evil voice was always there to keep me away, telling me “Ah God will forgive ya! You don’t have to go. Look at your past. You went enough. Besides, you have Great Aunts & Uncles who died. They will put the good word in for ya”. Yeah. Right! Little did I know we are all Children of God, not Grandchildren or Great Niece & Nephews.

At the age of 33, or so, the Holy Spirit began to unravel the plastic bubble wrap world I had made for myself. I had always been miserable. I always wanted to “fit in” but I just didn’t fit anyplace for as long as I could remember. But that is a reflection for another day. God knows where I fit and he is telling me this now at the age of 44.

I cried during the mass so hard the first time I heard this song. I knew the Holy Spirit began to melt the ice from my heart and my tears were the proof of it. Every mass after that day I had attended, for the first few years, I couldn’t make it through without crying. I knew our Lord was speaking to me. As He still does to each and every one of us. This song didn’t even have to be played after that first Mass back. It hit me that hard. Now when I hear it, I am still moved to tears as it holds a very special place in my heart. Today, I get upset when I have to miss daily mass and couldn’t fathom missing mass on Sunday. I am His.

“But now, this is what the LORD says–he who created you, O Jacob, he who formed you, O Israel: Fear not, for I have redeemed you; I have summoned you by name; you are mine.” Isaiah 43:1