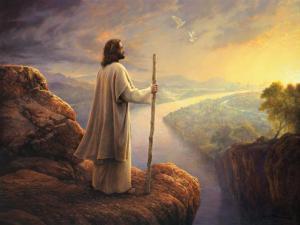 “The fear of the LORD is the beginning of wisdom; all who follow his precepts have good understanding. To him belongs eternal praise.” Psalm 111:10

On October 8, 2010, I attended the most beautiful Mass I had seen, in quite some time. It was 9:00 AM on a Friday and it happened to be the children Mass at my daughters school. As I entered there were children practicing their singing at the altar. They listened intently to their teacher. Sitting in the pews, were very patient little ones who did not make a peep. You could hear a pin drop. It wasn’t social time, it was time to pray.

The only sound before Mass, after the children finished singing, was the running water in the Baptismal font. There was reverence for our LORD. Not one prayer kneeler was dropped, not a cough was heard, nor a sneeze. It was the perfect Mass and the pews were filled with children. The Awe for our LORD was stunning.

The contrast
I attended Mass yesterday morning at 6 AM. The problem is, Mass did not begin until 6:30. I had a half an hour to pray before breakfast with my LORD. No problem there! I live for the time I get to spend with Him. As I sat in the pew and started taking in my surroundings, trying to focus on what my LORD needed me to focus on, I was abruptly interrupted by constant chatter, then out of no where, two women began praying the rosary out loud at the top of their lungs. I don’t have a problem at all with praying the Rosary. I do however, believe our LORD comes first. Time spent in quiet prayer and contemplation of what we need to present to our Lord before Mass is essential. It “Cleanses the palate” before the feast! Also, a quite conversation before the day begins with the “Spouse”, sets the tone for the rest of the day.

As I sat trying to focus on our LORD, the prayer kneelers began to fall hard. Several women began to speak loudly to people just getting to Mass, what song would be sung. You could hear the aggravation in their voices and unhappiness to the announcement of the song. As to the one who made the announcement of the song to be sung, it was HER choice! And no one was going to change her mind! Obviously, some didn’t like the pick. It was continual disruption, for the half hour I had with Him.

Just before Mass begun, Father came out to inspect the altar. He was not happy. Someone blew out the Easter candle and it was unlit. Father informed all in attendance why he was not happy after mass, in regards to the candle. It is EASTER WEEK. How soon some forget.