He Is Risen Indeed! 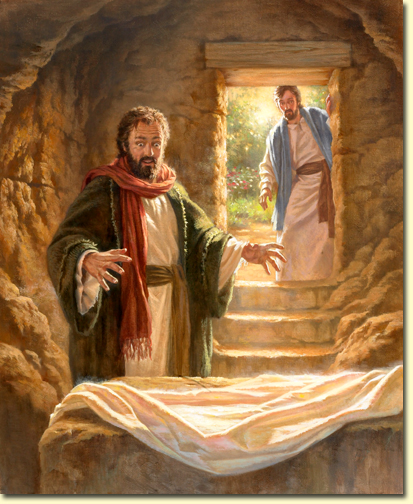 Yesterday when I arrived at Church to dress the Altar for Easter, I had gotten there very early and spent, as I normally do, most of my time in prayer while preparations were taking place. While pondering St. Mary Magdalene and placing myself in her shoes, (Read here: Empty Tomb – Pope Francis Homily Added) our Lord filed me with great joy being the first one there to prepare for the celebration. After thirty minutes the first helper arrived. t was one of our maintenance men and the first thing he said to me was: “I ran all the way here!”

I smiled and laughed so hard and asked him, “Are you Saint Peter?” Then explained to him what I had been pondering. It filled me with awe.

He is risen indeed!

God raised up Jesus on the third day and granted that he be seen, not by all, but only by such witnesses as had been chosen beforehand by God – by us who ate and drank with him after he rose from the dead. He commissioned us to preach to the people and to bear witness that he is the one set apart by God as judge of the living and the dead. To him all the prophets testify, saying that everyone who believes in him has forgiveness of sins through his name.