The Carcinogen Of Secularism 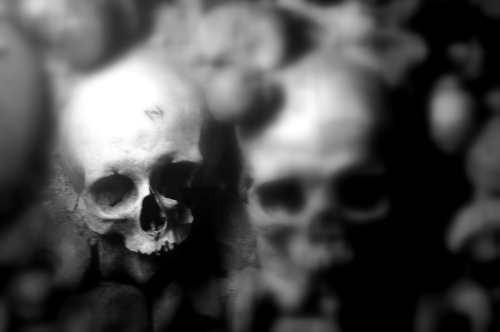 This is what happens when society continues to vote for the lesser of two evils.

In the beginning, the “evil” doesn’t “seem” so bad, (It doesn’t affect me) but over time, it grows into something so large, it tramples everything good in its path that stands in the way of it ruling every life that it has been growing in. Abortion: Made legal in 1973 in the USA, but laws protecting the faithful from government paying for them was enacted. (Band Aid) Society KNEW it was wrong but did it anyway.

Secularism is the cancerous “tumor” in society and it is always life threatening. The culture of death starts like a single cell of cancer, that without “cutting it out” but rather placing a band-aid over it, enters the lymphatic system of society and metastasize into many areas, until it makes us all physically sick. Leading only to death. We know, over time, the Band-Aid always falls off.

The cure can only be found in the Truth. God help us.

This post is not just about abortion, but ALL the aspects of the Culture of Death. We, the Catholic Church, the faithful who believe, ARE the cure! Alone against society, the cure has been non responsive, collected together, the monster of the culture of death in which we live can and WILL be defeated. Like radiation attacking a tumor, we need to work together. Beginning in each and every home. Radiating out into the society in which we live.

“Let nothing disturb you” does not mean don’t act on anything. It means act on what our Lord is telling you to act on, in the face of every condemnation that may come as He is with you. When a soul reaches out to you, reach back out to them. Don’t feel a need to stay in your comfort zone to protect YOUR faith but reach out to those in need to BRING them the consolation our Lord has given to you, least you become to “rich” to move in any direction, including closer to Him for the benefit of the entire Church and all society at death’s door, giving all the glory to God.

“We must never grow accustomed to evil!” – Pope Francis

2 responses to “The Carcinogen Of Secularism”