God Protect And Bless Him 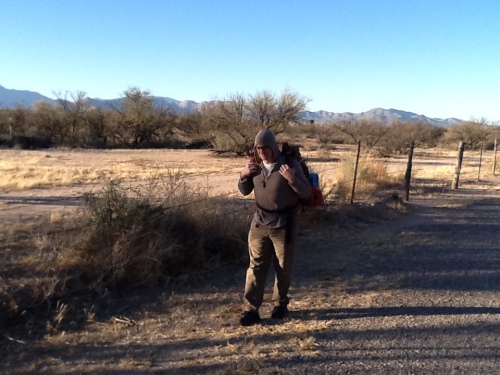 Man gives up everything, walks across U.S. making reparation for sins of abortion, family breakdown

Thank you Mark. May God bless you and protect you. Please keep him in your prayers and pray to end abortion worldwide.

TEXAS, January 7, 2014 (LifeSiteNews.com) – It can be a temptation living in these dark times to simply throw up one’s hands in despair as the world descends from one blackness into another. But accepting defeat has never been an option for Mark Byerly.

Instead of standing idly by witnessing western civilization become more and more corroded through abortion, the breakdown of marriage and family, and the loss of a sense of sin, the 49-year-old decided on a radical course of action: He would embark on a journey across America on foot, praying for the spiritual needs of his countrymen.

“Ultimately, I just couldn’t stand around and watch this happen anymore,” Byerly told LifeSiteNews.com by phone during his brief stop in Odessa, Texas for Christmas.

Byerly’s journey would be a pilgrimage of penance, prayer, and sacrifice to make amends for his own crimes and the crimes of others committed against God and neighbor.

The word “pilgrim” conjures up images of someone from the Middle Ages dressed in tattered robes and traveling across Europe or Russia with a staff and a ragged bundle slung across his back. While Byerly is a modern pilgrim with modern tools, such as an iPad for communicating and for tracing out his route, he is driven by that same mysterious hunger felt by pilgrims of all ages, a hunger for God and for his Kingdom to come.

Byerly set out on his pilgrimage from his hometown of Newark, Delaware on July 25, 2013. Prior to this he had disentangled himself of his worldly responsibilities. He left a successful job as a manager of a private Spanish restaurant. Then he gave away, sold, or threw out everything he owned, except for what he needed for his journey.

Please continue reading at the link in the story above.

One response to “God Protect And Bless Him”