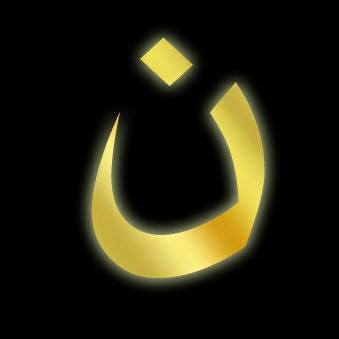 When I was received into the Third Order of Carmel, I received my Scapular, “The Yoke of Christ”. Also, I was given a prayer card. When I got home after the beauty of the day, I read it and much to my surprise I noticed my name was spelled wrong. An “N” was placed in the center of my last name. As I pondered it, I heard our Lord in my heart tell me to look up the meaning of “N” in Hebrew. So I did. 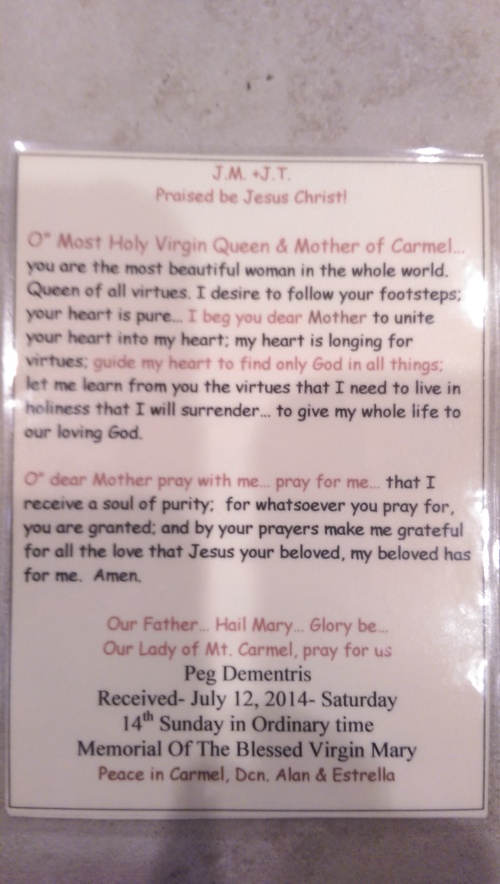 In the last few days hearing the news in Iraq and the persecution of the Christians, I have come to understand completely, “The King will reply, ‘Truly I tell you, whatever you did for one of the least of these brothers and sisters of mine, you did for me.’

We are untied in Christ. “Be not afraid”.

Nun (ن), the 14th letter of the Arabic alphabet (the equivalent of letter N in our Roman alphabet), is the first letter of the word Nasara (نصارى : Nazarenes), the way Muslims have called Christians since the beginning of their invasion of the Christian world in the 7th century — Christians under Muslim rule never called themselves thus, since the intent of Muslims was to portray Christians as a contemptible and disobedient sect.

It is the same name of the equivalent letter (נ) in the Hebrew alphabet (also a Semitic language), and it reminds us of the words of Jeremiah, also crying for an exile of his people sent to Mesopotamia:

Nun. The yoke of my iniquities hath watched: they are folded together in his hand, and put upon my neck: my strength is weakened: the Lord hath delivered me into a hand out of which I am not able to rise. (Lamentations, 1)