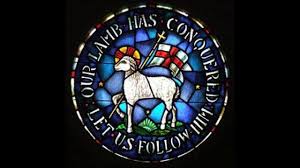 I seen a photo of a woman. Her hands were bound along with her legs. Her head was held over a basin. Her throat was slashed and the blood drained out of her naked body into the basin. How much more brutalization of Christians will convince you that this is evil. That this IS the evil one committing these atrocities through “Secularism” in Iraq? And through silence of this, in the rest of the world? How much more silence do you think we can we endure from the world? I WILL NOT POST THE PHOTO out of respect.

“Those who remain silent are responsible.” -St. Teresa Benedicta of the Cross (Edith Stein)

Must read! Yes! This is taking place today!

Lord Byron’s poem The Destruction of Sennacherib begins with the line, “The Assyrian came down like a wolf on the fold.”

My friend Paul Thigpen makes the link between the warlords of the Islamic State (IS) and their historic predecessors, the warlike Assyrians.

Two ancient civilizations jockeyed for power in what is now the nation of Iraq: Babylon to the south and Assyria to the North.

The Assyrian Empire was centered on the exact geographical territory that Islamic State now claims–Eastern Syria and Northern Iraq.

Assyria emerged as a territorial state in the 14th century B.C. Its territory covered approximately the northern part of modern Iraq. The first capital of Assyria was Assur, located about 150 miles north of modern Baghdad on the west bank of the Tigris River. The city was named for its national god, Assur, from which the name Assyria is also derived.

While the Babylonian Empire was known for its accomplishments in learning, architecture, and the arts, the Assyrians were known as experts in warfare. Cruel, bloodthirsty and proud, they bragged about their military victories and heartless oppression of their victims.

Continue reading above at the link…

One response to “The Demon Wolves of ISIS: Ancient Assyria Reborn”