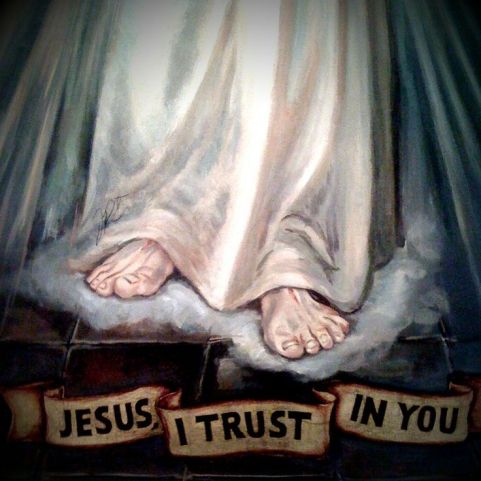 As I was sitting with our Lord in Adoration, I found myself praying for all the “Rock Stars” I idolized as a kid. Most of whom are no longer with us now. I’m not sure why this all came up in Adoration as I simply wanted to spend time with our Lord. But the subject of false idols has been heavy on me lately, in regards to how much so many place their trust on and in the worlds “stars”, be in musical, acting, political etc, rather than on how much in need they are also, as we all are, of healing, mercy and our Lord.

False idols are made from the same clay as you & I. Glits & glam is an illusion. Scratch the surface, and you see the same faults, flaws, deep yearnings and misdeeds (sins) as everyone else. What makes the difference between a false idol and a model, is when we choose the fill the void we have, with our Lord and not money, drugs, women, men, sex nor any lesser creature or creation. Every one of us, is a broken pot, seeking to be placed back together, in need of our Creator to do so.

Our Lord is the Author of all creation. The gifts and talents we receive come directly from Him. Should we not use them to give Him glory?

For the past few days, I had been listening to the old music I did once upon a time, digging through live performances and documentary’s. I was struck by the simplicity of those whom I thought were so great, and could see the same struggles that I faced in my lifetime. A deep longing to be loved. Not as the world loves, and rather than turning to our Lord, taking a road seldom ever return. Taking everything but our Lord and trying to recreate that Love, to shove into the soul to fill the void of who I was truly missing.

As I said above, I found myself praying for all the performers who had passed away. Deeply, asking our Lord to have mercy on all of us. As my time was done, and I left, getting into my car and turning on the key, a song had began to play called “Friend of the Devil” by the Grateful Dead. I rolled my eyes as changed the station and drove away thinking about how so many think that guy is a “friend”, who our Lord himself called the Gospel of John 8:44  “You belong to your father the devil and you willingly carry out your father’s desires. He was a murderer from the beginning and does not stand in truth, because there is no truth in him. When he tells a lie, he speaks in character, because he is a liar and the father of lies.”. How we often blame our Lord for everything that goes wrong, for the chaos, turmoil and all else that is not gratifying to what we deem is.

Pondering deeper, what a sad song from such a sad soul. I was never a Dead fan, nor cared very much for Jerry Garcia or the entire dead head fan base ideology.  What went through my mind was simply “ick”. Disgust for hearing that song when I was leaving our Lord in prayer. Disgust for the fact a song like that was playing or was ever written.  I came to the stop sign and what immediately caught my heart was a billboard.

I sat for a few moments in awe at this “sign” and knew in my heart exactly what our Lord was saying to me. I  began to ask for fogginess for all those whom I did not follow, did not like, did not idolize and did not admire. Also, teaching me never to assume the worst of anyone, but continue to hope in our Lord. All of us are lost at one time or another. May it not be, nor ever be for all eternity.

“Forgiving men, taking pity on them, is a greater work than the creation of the world”. – St. Thomas Aquinas

Prayer for the Poor Souls in Purgatory

V. Eternal rest grant unto them, O Lord.
R. And let the perpetual light shine upon them.

And may the souls of all the faithful departed, through the mercy of God, rest in peace. Amen.