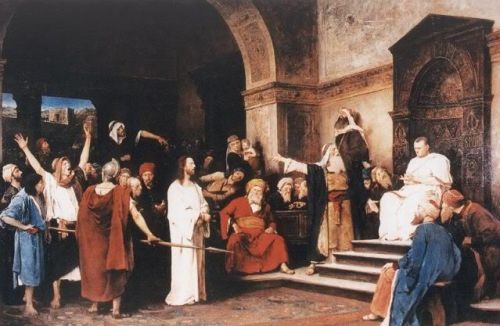 1 As soon as morning came, the chief priests with the elders and the scribes, that is, the whole Sanhedrin, held a council.* They bound Jesus, led him away, and handed him over to Pilate.

3 The chief priests accused him of many things.

4 Again Pilate questioned him, “Have you no answer? See how many things they accuse you of.”

5 Jesus gave him no further answer, so that Pilate was amazed.

The Sentence of Death 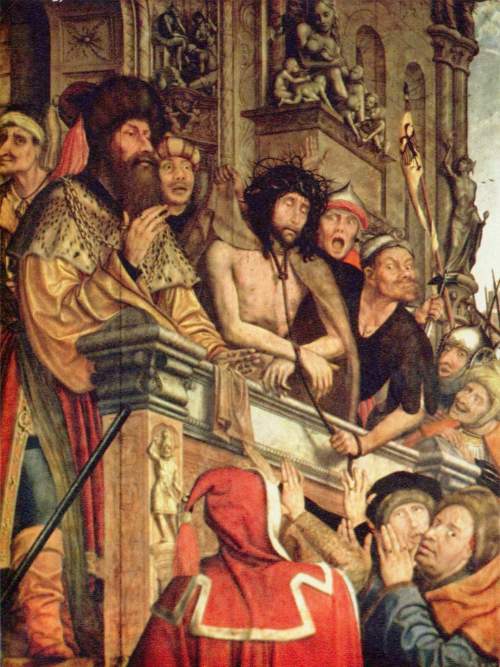 6 Now on the occasion of the feast he used to release to them one prisoner whom they requested.

7 A man called Barabbas* was then in prison along with the rebels who had committed murder in a rebellion.

8 The crowd came forward and began to ask him to do for them as he was accustomed.

9 Pilate answered, “Do you want me to release to you the king of the Jews?”

10 For he knew that it was out of envy that the chief priests had handed him over.

11 But the chief priests stirred up the crowd to have him release Barabbas for them instead.

12 Pilate again said to them in reply, “Then what [do you want] me to do with [the man you call] the king of the Jews?”

13 They shouted again, “Crucify him.”

14 Pilate said to them, “Why? What evil has he done?” They only shouted the louder, “Crucify him.”

15 So Pilate, wishing to satisfy the crowd, released Barabbas to them and, after he had Jesus scourged, handed him over to be crucified. 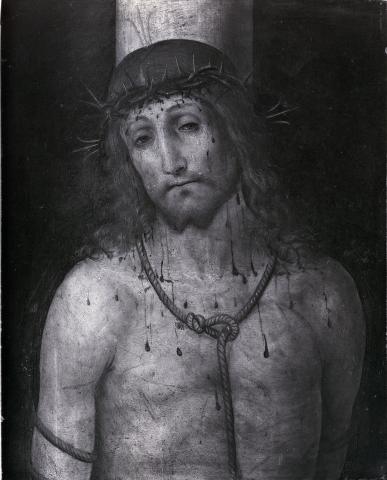 Mockery by the Soldiers 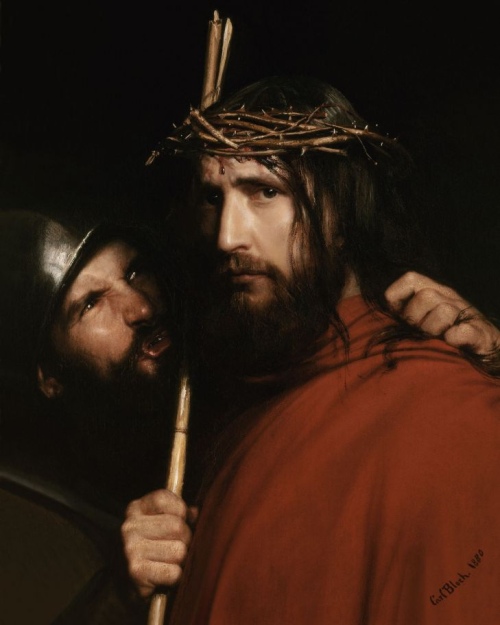 16 The soldiers led him away inside the palace, that is, the praetorium, and assembled the whole cohort.

17 They clothed him in purple and, weaving a crown of thorns, placed it on him.

19 and kept striking his head with a reed and spitting upon him. They knelt before him in homage.

20 And when they had mocked him, they stripped him of the purple cloak, dressed him in his own clothes, and led him out to crucify him.