The Pain Of Abortion 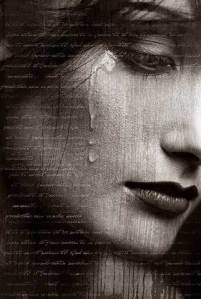 The pain a soul feels after having an abortion is endless. No amount of suffering a woman can feel by HAVING a child under any circumstance, can ever compare to the pain she has after taking the life of her own child. Evey relationship with every person she comes in contact with after making the decision to have one, is compromised. The emotional and psychological problems are enormous and burdensome and to add it to the cross she already carry’s is a tremendous amount of weight, most times then not, just to heavy to carry alone. Everything in the woman’s life in this world after having an abortion, reminds her of the day she took her own child’s life. The pain NEVER goes away. How do I know? I fell for the empty rhetoric at one time in my life, that the baby growing inside of me, was not human.

In March of 1993, while having an affair with a married man fifteen years older then myself, for already two years, I found out I was pregnant. I was already a single mom with a six year old daughter from a marriage that should have never taken place, struggling to make ends meet. No one knew I was having this affair and I was all alone. What I thought was “Love” I had felt for this man, was anything but love as I can see so clearly now. I sat him down and told him I was pregnant. His response was he wasn’t about to leave his wife. They had been married for over twenty years and he couldn’t do that to her. Rather then go with my motherly INSTINCT to protect this beautiful life of the child growing inside of me, I told him that I would see my doctor and discuss abortion.

The day I met with my doctor, the same doctor that had delivered me, he confirmed I was pregnant and only about four to five weeks along. I told him the situation and that I was considering abortion. He said ok and left me sitting on the examination table as he walked out of the room. As I sat there on the examination table, I heard that voice in my heart. DON’T DO THIS! This is not you! And I changed my mind. I couldn’t go through with this horrific thing I was thinking about doing. It was done! I was going to have this child and all the pain and suffering I would have to endure bringing another child into this world even without the funds to do so. It was time to face the music of the life I was leading.

The nurse came into the examination room and told me to roll up my sleeve. I did and she jabbed me with a needle. I asked her what she had just given me and she said it was “Vitamins”. I then told her after, I changed my mind and I was going to be going through with the pregnancy. Her very stern and angry face melted into one of horror. I quickly learned, it was not vitamins she gave me, but a shot to kill the baby and cause a miscarriage. I NEVER knew having an abortion was just one shot away. I always thought it was a serious medical procedure that would take time to think about because it would have to be planned out ahead of time. It wasn’t. It was all contained in that shot the nurse had already given me, after I had changed my mind. My stupidity, led to the murder of my child, at my hands. My lack of understanding the SERIOUSNESS of the situation all came to light.

She left the room and my doctor came back in. He held my hands and said it was to late and that it was in God’s hands now. I ended up losing the baby two days later. Alone, at home, without anyone knowing the pain I was going through. Nor the pain this little innocent life felt. It was official. I committed murder.

Not a day has passed that I don’t think about my “little soul” in heaven. I am constantly reminded about this little one every time I see children, pregnant women, birthday party’s and even still now, in my own children. During the time of this event in my life, I tried to block it out as much as I could. In doing so, the relationship I had with my daughter faltered because I could not bare to look at her and NOT see the child who I took out of this world. The psychological and emotional effects took their toll. How could anyone want me now, knowing what I had done? How could I explain to my daughter that she could have had a baby brother or sister but I murdered the baby. The effects of abortion on the soul of the woman who has had one, is a pain she will carry with her through her entire life. The baby just doesn’t “Go Away” and the woman is NOT left to continue on in her life. The baby goes away and the woman carry’s that event forever. Nothing can change the facts.

As many years that have passed, I always think about how old my child would be now. What they would have looked like. Who’s life they would have influenced. My child would be entering college this year. Just this past Christmas, my five year old daughter gave me a present that shook my soul. It was an innocent gift she had made in school for me. Her teacher had drawn her arms and hands and glued them onto a heart. The little hands were my five year-olds hands, imprinted in red tempera paint. When I opened the gift, I burst into tears and hugged her so tight. I couldn’t stop crying. Seeing the little red hands reminded me of the little one I have in heaven and what I had done. You see, the pain never does go away.

In my conversion of heart, coming back to the Catholic Church, just confessing this grave sin eased the burden I carry. It is a forgivable act and through repentance and working WITH the graces our Lord STILL pours on the soul, it becomes lighter to carry when you know Our Lord STILL loves us. I didn’t have the counseling made available now to help women who have had abortions. At the time, the evil one had me believing I was damned to hell because of this act. I only know now, that is NOT true! Rachel’s Vineyard is one such organization that WILL HELP you! You do not have to suffer alone.

Never NEVER let anyone tell you that baby inside of you is just a blob of tissue. What they don’t tell you is how the loss of that “Blob” at your own hands, causes a woman so much pain and so much emotional damage, not to mention the damage done to the body. If my child was just as they say, I wouldn’t have this weight on my soul. Obviously its more then just a blob. The consequences of taking that “Blob” last a lifetime. Get INFORMED! And then inform everyone. Abortion is just a sanitized name for murder.

No matter when the pregnancy ends, conception is the beginning of motherhood.