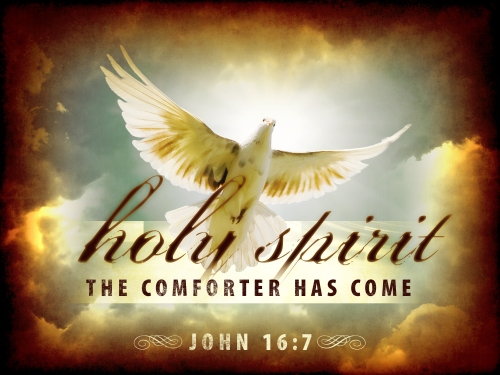 Last night, a dove somehow managed to get trapped in our Church. I don’t know how he managed to do this as most of the time the windows are closed and the doors are not left open. I noticed him last night and after being bewildered as to how he managed to get in, I realized he was exhausted and flying into the very high ceilings. Bumping into them with every beat of his wings. I was sad to watch him do this over and over. I went up to our choir loft and had one man open two windows, thinking for SURE he would see his chance to escape and make a break for it.

I went back home feeling so sorry for this poor creature. He was scared, lost, hungry, thirsty and exhausted. I prayed to St Francis to intervene and begged our Lord to please lead him out to his freedom. I went back a few hours later while it was dark outside and he was still trapped. I noticed him resting on a very high portion of a ledge not far from the open window. My shoulders sank with the thought of this poor creature dying from this ordeal. I went up tot he choir loft and sat with him praying he would find his way out. As I looked up at him, he looked down and flew again, in the wrong direction from the open window. He was heading directly for the crucifix of our Lord and stopped short, landing on a speaker mounted on the ceiling.

I left him as workers were still working in the church and drove home, not able to stop thinking about this dove.

Morning comes and I am full of hope my little friend has flown the coop! I attended 8 AM Mass, able to concentrate completely with the exception of not being able to get there sooner to set up for Exposition of the Blessed Sacrament. I looked around and didn’t see any signs my little buddy was still there. After Mass, as I was setting up for Exposition, I mentioned to Father that we had a house guest the night before but believed he was now gone. Unfortunately, I was wrong. He was still trapped inside as a visiting priest was conducting a funeral Mass an hour after I had finished.

When the funeral had concluded, I went up to the choir loft to look for him again. I just wanted to spend some time with him knowing that if he was to stay much longer, he wasn’t going to live very long. I found him sleeping on another ledge, perched up just above a stained glass window of Matthew, Mark, Luke, and John. I sat in a pew and prayed. I looked up at him again and told him that Our Lord Jesus Christ had created him and me too. I told him about how I had been trapped many times and if it wasn’t for our Lord, I would have died where I was too.

Like a flash of light, a thought came to me. I couldn’t think of a better place to be trapped. I have been shown many exits from this Church too and like this little bird, just refused to use them. Just the thought of flying away from my Lords Church alone, would kill me. If I was stuck here I wouldn’t want to leave either. I too, want to die here.

A smile came to my face after so much worry. If this little guys life is cut short because of his decision not to leave our Lords home, I can find peace in that. And if God gives him the strength to fly out the window, I can find peace in that too. Either way, this little dove brought me a message I needed to hear today and I’m sure he needed to hear about Who created him.

“He said to them, “Go into all the world and preach the good news to all creation.” Mark 16:15