Saturday July 4th, I will be dedicating to our Holy Mother Mary and first Saturday. I ask you to join me as we celebrate her, our Catholic Faith and TRUE Independence from our sinfulness. I have my flag out already. I will be bringing my children to Holy Mass after we all receive the Sacrament of Reconciliation. Just an idea I feel needs to be shared.

“In the end, My Immaculate Heart will triumph.” – Our Lady of Fatima

All praise, honor and glory to our Lord, Jesus Christ.

Its not a call to abandon hope, nor to hide inside this day, but to celebrate LIFE in Christ. To still enjoy our Lords creation. TO STILL live the life our Lord has given to us and to appreciate Holiness in the Light. Its not that we are NOT still sinners, but rather we know we are and we are TRYING with the grace of God to get back home to our Lord, in TRUE Love. Agape!

“Praise God, from Whom all blessings flow;
Praise Him, all creatures here below;
Praise Him above, ye heavenly host;
Praise Father, Son, and Holy Ghost!
Amen!”

The original photo has been changed at the top of this post. WITHOUT KNOWING, I was flying my Vatican Flag upside down for many many WEEKS. I didn’t know it. Today, I fixed it. Keep in mind ANY flag flown upside down is a sign of “distress” and NOT disrespect. Pray for this nation and the ENTIRE Church.

Bone of my bone, flesh of my flesh…Our Lord came as the new Adam. In my sinfulness, I am fallen Eve and must become Woman so to become one with Him. If I become Him, and share in the pains of the hatred the world had for Him﻿ so be it, as He had already become me, on His cross. I must become one with Him in the Eucharist as our Lord truly is there. I must repent. I must confess and I must believe. I must love my Love with all my heart, strength soul and mind. I must love my neighbor as my Lord has loved. I must die to self and live in Christ in order to be in Love. I accept.

All that I have written seems like straw compared to what has now been revealed to me. – Saint Thomas Aquinas

Saint Thomas Aquinas never finished his writings. I can relate. If all he has written O Lord is straw, then what I have done is mud. May they mingle and become bricks for You’re great glory O Lord.

For everything we can ever know about God, regarding all the inner workings of His way, the simplest and easiest is through Love. Love is simplicity. If we complicate all that is true with what we feel we need to know then we are taking away room for love. To simply love, is to understand the Divinity.

Does a wife love her Spouse any more upon learning what His business is or how He runs His business? Or does a loving wife just continue to love her Spouse? Our Lord shares everything with His wife. All she has to do is ask. But it should never come between or hinder in any way, the love she has for Him. She knows He is in control and all He does is for the good of all.

To read more about this wonderful Saint, see here 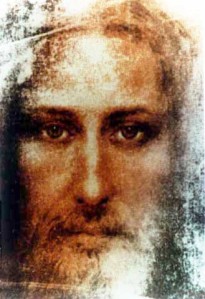 “Then Jesus said to his disciples, “If anyone would come after me, he must deny himself and take up his cross and follow me.” Matthew 16:24

In order to defeat evil, Christ shows us the way. The battle of good VS evil is a “Civil War” of good & evil in each individual soul that needs to be won for the common good of all humanity and can be because of the Resurrection of Jesus Christ. It is a “Civil War” in each soul that makes itself known in our actions towards one another. If you love sin and the evil inside how can you love one another as He so loves us? The battle is raging inside and is need of attention because its spilling onto the streets of society.

The war is not with your “neighbor” but yourself.

No Soul Left Behind

Since I could not attend adoration yesterday morning, I found myself in the prayer labyrinth. Before I started my prayer walk, I went over to the grotto where our statue of Bernette is with Our Lady of Lourdes. I prayed to her and told her I had fallen madly in love with her Son. We ended up having a very long conversation. I smiled and walked to where the start of the labyrinth was and on my way, I found blessed palms laying on the ground. They were intertwined with one another and someone spent time to do so. I picked them up as I could never leave them just laying on the ground. They were with me my entire journey. As I got to the center of the labyrinth, I knelt down and began to pray. As I did, I noticed another blessed palm, tucked into one of the lamps, out of normal sight. I left it there and finished my prayers.

While attending the Mass of the Lords Supper, I remembered the blessed palm that needed help. I was filled with an overwhelming desire to not leave that palm behind in the elements. It had been blessed and did not belong anywhere but in a place of honor.

After mass & a brief adoration, I walked outside and it was quite dark. There were many people around as mass had just concluded. Some watched as I walked to the center of the labyrinth which was unlit. I knelt down and felt around under the lamp in which I had seen the palm. I could not see but managed to take hold of it and was so happy I had found it. I couldn’t help but look up to the sky and smile as I said, “Like a thief in the night”. No one knew what I was doing and how important it was for me not to leave that palm behind. Like the Chrism used at baptism, that leaves the mark of the LORD on each soul indefinitely, identifying us as His, was the way I seen this palm. It had become lost and belonged to our Lord. That drive I had in me to get it, is the same drive our Lord has to go get His souls when they become lost. Or, “No soul left behind”.

Mark 13:2 “And Jesus answering said unto him, Seest thou these great buildings? there shall not be left one stone upon another, that shall not be thrown down.” 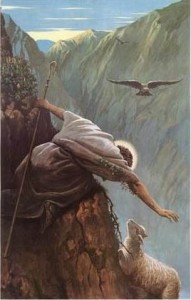 “turn your ear to me, make haste. Be for me a rock-fastness, a fortified citadel to save me.”

Oh to only be a palm fron that day Our Lord entered Jerusalem, placed at His feet, comforting His entry..

“When they drew near Jerusalem and came to Bethphage on the Mount of Olives, Jesus sent two disciples, saying to them, “Go into the village opposite you, and immediately you will find an ass tethered, and a colt with her. 3 Untie them and bring them here to me. And if anyone should say anything to you, reply, ‘The master has need of them.’ Then he will send them at once.”

This happened so that what had been spoken through the prophet might be fulfilled:
“Say to daughter Zion, ‘Behold, your king comes to you, meek and riding on an ass, and on a colt, the foal of a beast of burden.'” The disciples went and did as Jesus had ordered them. They brought the ass and the colt and laid their cloaks over them, and he sat upon them. The very large crowd spread their cloaks on the road, while others cut branches from the trees and strewed them on the road.

The crowds preceding him and those following kept crying out and saying: “Hosanna to the Son of David; blessed is he who comes in the name of the Lord; hosanna in the highest.” And when he entered Jerusalem the whole city was shaken 8 and asked, “Who is this?”

And the crowds replied, “This is Jesus the prophet, from Nazareth in Galilee.” Matt 21 1-11