The Human Race And Racism 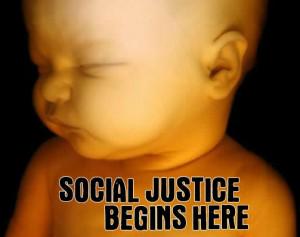 The foundation of all racism in the world, is giving society’s the decision to choose who is, and who is not, a human being. 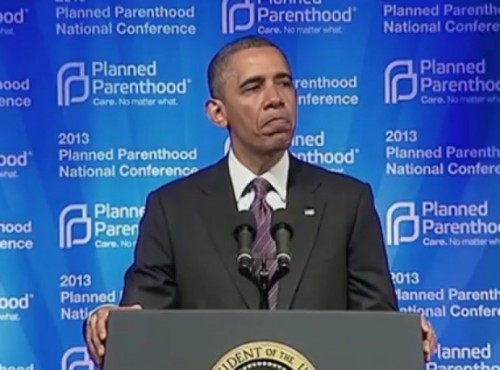 Well Mr. President, and anyone else who can not see the grace of God at work here, and still can’t see the mercy of God, I offer you a few thoughts.

I believe He is doing just that with the revelations of what Abortion is in this country. That being the murder of a child by a BOOMING business of abortion. The Big Business of Abortion being given BILLIONS of tax payer money. The basic media blackout of any information on more news outlets that SHOULD be covering it and the twisting of facts and data to reflect back on the people who shot the videos to look like the bad guys, rather then the organization who has logged over 57 MILLION murders under its belt, who now are trying to justify the selling of aborted children organs. The pushing for “Fetal Stem Cell” research in Congress bringing to light the reason there has been so much push for federal funding for Planned Parenthood to me. The push for post birth abortions because as we know now, organ trafficking is big business. MILLIONS of woman regretting their abortions, being told that there baby was nothing but a blob of tissue in reality its a fully developed human child. The absolute all out destruction of the family, all being seen,and pushed for at the exact same time…..

The time is now to repent America. Can it be the grace of God that has revealed all this, all now regarding Abortion? About the callousness of our hearts in regards to the unborn and not caring enough for them? OR for ourselves to think we as human beings can be equated to dogs when created in the image of God? Acting like animals without ANY regard or responsibility for our actions?

About how a conversion of heart is needed for this entire nation that claims to be one UNDER God? I believe so. I believe its very blatant grace at work here. I believe its a time to repent for EVERYONE. How anyone can look at the dismembered smashed remains of a child and not see the evil behind it that caused its murder, is mind blowing. It reveals the total lack of compassion we have for one another.

Its not about “Health Care” or “Reproductive Rights”. This is about the time to end mans twisted justification of murdering children for greed and selfish ambition. The time is now to stop the blood bath of the American Holocaust that has taken the lives of over 57 MILLION children under the demonic name Abortion. The time is now to stop the EXPORTING of this murder business to every nation on earth.

God’s answer to your prayers? God’s grace? I believe so. With my ENTIRE converted heart.

Repent America. Now is the time.

For another look at the grace of God for us all, see: A Moment Of Grace For……Planned Parenthood

And this FANTASTIC truth: The Pity of Christ by FR. GEORGE W. RUTLER
Just a snip:

“General Patton was thought by some not to have much pity. But he had a chest. When he entered Ohrdruf, the sub-camp of Buchenwald, his reaction to the corpses and crematoria surprised his soldiers. He did not say the lurid scene was “inappropriate” or “unacceptable” or “heartbreaking.” He bent over and vomited. And the medals on his chest rattled. When the people who lived outside the camps protested that they did not know what had been going on, General Eisenhower ordered them to walk through the fetid buildings and look at the corpses. Perhaps there will be a day when remnants of our sheepish generation are dragged through the moral carnage of our land and feel some of the pity that Christ feels for us.”

Keeping this entire nation and those who seek to destroy children in the womb, in my prayers.
Lord have mercy on us all. 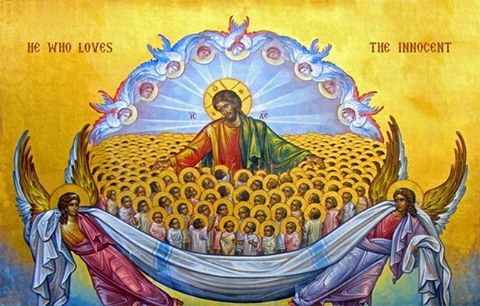 And repent. You know its wrong.

Call the Capitol switchboard at 202-224-3121 and ask to be connected to your Congressman or Senator. Demand funding stop for Planned Parenthood. ASAP 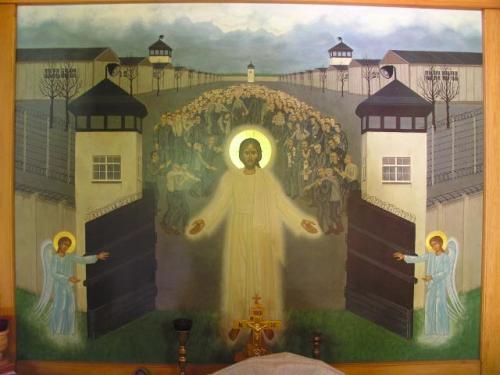 I came across the story while walking through my family’s past, reminiscing about my Great Uncle in Slovakia who survived the Nazis and the Communists. Some days I am just overwhelmed by not being able to stop thinking about what took place in that time. How so many souls went to their death in Nazi Camps. How souls living near the camps allowed it as if it was nothing. Because they just didn’t care and it didn’t affect them. I would be willing to bet the justifications by so many today FOR Abortion, and pro Choice are exactly the same as the justifications by those who did NOTHING to stop the slaughter of millions back then. Today, truly is no different. With great understanding, nothing has changed.

While the Nazis nurtured the illusion of limitless technological and social progress and a racially purified utopian worker/agricultural paradise…they created the archetypal “culture of death”
The Germans murdered over a million Jewish children. Like the sick and the old, they were viewed as useless mouths to feed and often among the first killed. Some were used in medical experiments, but newborns were typically murdered at birth. – Sound familiar today? Tell me what has changed? Nothing. Evil always hides behind a name. Nazi was that name in the 30’s & 40’s. But the evil is still here. Hiding behind another name. The key is not to stamp out the name, but the evil itself. As long as we continue to feed the “culture of death”, by way of complicity, lackadaisical caring, or just not giving a damn, we are doomed to repeat the past. And we are repeating it today. How many children today are murdered daily through Abortion because we view them as less than human? How about post birth abortion? Aborted children used in stem cell research? How can they be less then human when we ourselves we that little once. They are no less human than you or I.

This is not just the “culture of death” mentality but evil itself. The pro death (Pro Abortion) argument today is no different than the pro Nazi argument of the past. Its LEGAL. Just because man creates a law that goes against what is right, does not make it okay.

Dachau 1945: The Souls of All Are Aflame 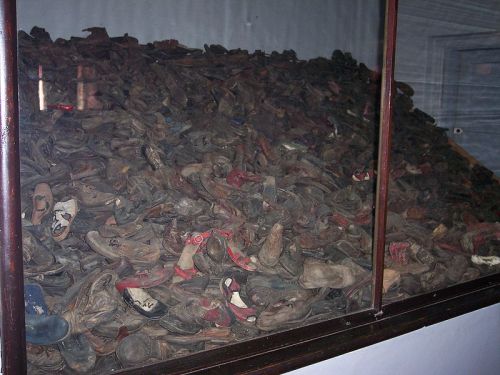 Exhibit of shoes from the victims of Auschwitz

I spent most of this morning pondering the Holocaust of WWII. The genocide of approximately six million European Jews during World War II. I looked at many photos of the men, women and children who were exterminated because no one at the time believe they held any worth to the human race. Those who carried out the crimes and those who did nothing to stop it. I pondered the closeness of each concentration camp in proximity to villages and wondered how towns and nearby villages could allow such things to continue as if it was nothing. 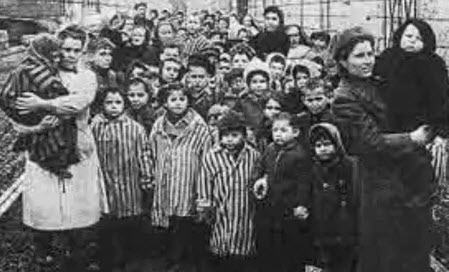 Children, all murdered by Nazis

These are the faces we have seen. What about all the unseen faces, souls who were not photographed, that entered these camps never to be seen again?

My mind immediately wandered to today. I beg my readers to understand I am in no way trying to diminish the severity of what happened to all these souls. Not at all, I want to point out that this atrocity is continuing now, everywhere in the world where abortion is legal. The United States, China, and every nation on earth is commiting the same genocide today under a sanitized name called abortion. There is no difference. We are souls, created in the image of God, not insignificant body’s of flesh.

What caused the Genocide of all these souls in Europe, all six million, is the same cause of the murder of approximately 42 million infants every year throughout the world. No compassion. No love. Pure selfish ambition. Rather pinning this on the insanity of one man, we can pin the genocide of every infant today on the madness of entire society’s that push for abortion to continue. Along with those who do nothing to stop it. We have ourselves to blame for allowing this to continue.

“Those who do not remember the past are condemned to repeat it.”

May God have mercy on us all.

Father in Heaven, we thank You for the gift of life. Grant that all mothers who give birth will welcome their babies with love, but if the mothers feel they are unable to raise their babies, grant that they may be compassionate toward the life You have given and not destroy it before birth. To those children who have been wantonly deprived of earthly life grant whatever happiness to which they are entitled. And to the mothers who have denied them life in this world grant Your merciful grace of repentance and reconciliation with Our Savior, so that they may obtain eternal life. Grant also the grace of conversion to those who perform abortions and anyone associated with abortion.

Mary, Mother of God, intercede for us. Holy Innocents, pray for us. Amen.

Pro-Life Office of the Diocese of Worcester, Massachusetts