Tag Archives: The Vision Of Heaven

The Vision Of Heaven 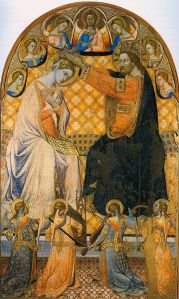 Most who will read this will either not understand or call me crazy. I forgive you. Some with a greater gift then I, I hope will read more into it then I can. This vision is so etched on my soul in great detail, it is the only thing on my mind. It has consumed me. After seeing this vision last night, and still being in this world, it has managed to separate two worlds completely. The world in which we live and the world in which we hope to live. I can only see this world we are in as dying and know I am still apart of it but the Kingdom of Heaven is my home and where I belong. There is zero doubt, this vision was a gift of our Holy Mother as it came to me while praying the Glorious Mysteries of the Holy Rosary last night. I was not sleeping, I was wide awake and with the help of the most Holy Trinity, Our Father will allow me to place this vision on paper to the detail it was presented to me. The events of daily activities that lead up to this vision are even more amazing and I will write about them as rather a footnote to this post.

I arrived home late last night from a visit with my sister at her home. It was after 9:00 PM and way past bedtime for my children. I had forgotten that I had promised last week that I would bring a coconut cake to the Legion of Mary meeting this morning and began frantically baking, pondering the entire time that it had been so late already and I could not miss my prayers. I was exhausted but knew I had to pray the rosary and all the prayers in the Legions prayerbook as it had been one of my daily affirmations since joining them just three weeks ago. The baking was complete and time I had spent on the computer between was over and it was time to pray.

I opened the Legion of Mary prayer pamphlet and began to pray. I reached to the point of praying the Rosary and began to ponder the mysteries as I normally do but this time was different. I was at total peace and was not distracted by my own troubles which at times work their way into my pondering in this beautiful prayer. I had a smile on my face the entire time that would not leave me and focused on just one tiny aspect of each mystery at a time. The Resurrection my focus was on Mary Magdalen’s pain followed by joy at the realization of our Lord standing in front of her. The Ascension of our Lord I pondered just what was in our Holy Mothers heart of the road with Christ as He was just about to leave. The Decent of the Holy Spirit my focus was on the upper room and the quiet of all the apostles and our Holy Mother just before the dramatic entrance of the Holy Spirit and then the joy that filled their hearts. The Assumption of our Holy Mother my focus was on the smile on the Holy Virgins face at the sight of her Son, our Lord bringing her home away from this world. Never to feel the pain anymore of this world and how it tries to capture and crush souls in sinful agony. Then, I arrived to The Coronation.

As I began to pray I, through my own thoughts, could see our Holy Mother just taking her place on her throne as I have envisioned her so many times, in a slightly foggy thought of mine where I can not see past her or where she is seated. Then I was taken away from my thoughts and filled with the vision I have never seen before. This was not from me. There is no doubt this was a gift and I have to share this as the detail is so pristine and beautiful I can never forget it. I know in my heart, our Lord is asking me to share this.

The second the crown was placed on her head, I was brought to a path. This path of interwoven cobblestone, each very differently shaped but perfectly placed with no need for mortar, at first looked like brown stone but as the vision became clearer, were actually gold. The path stretched forth to a wall of the same making which had a curved arch over the entrance, not very big, that allowed me to see into a beautiful garden. I peered into the garden and it contained one tree which stood out among everything. There were bushes, and shrubs of all sorts but they were perfect. Everything was perfect including the colors of which I have never seen before so clear. As I stepped into the garden through this arch of gold cobblestone, everything began to become further away so I could see the bigger picture of my surroundings. It was as if I was looking through a lens zooming out to capture everything I could see from a distance although I was right in where I needed to be. The further the vision zoomed out, I began to see the entire universe. From end to end, it was cut in two with a beam of light. No smoke, no fire, just the heat from the beautiful light. Everything that was evil, including hell and Satan caved in on itself and were consumed by this great light that turned the entire universe inside out. There was no more darkness as this light of God radiated everything. In the backdrop of the entire universe were eyes. They were the eyes of Our Lord. He was visible but barely. He was translucent and the further away from this world I became, the more I could see Him. I could only see His face, His pristine beautiful eyes and His brow. His smile and how it filled the universe with His love and warmth, the outline of His hair and just to His chest as this vision was coming from my point of view standing in His hand, I could not see beyond that. The zooming out to see the bigger picture was His moving hand with me in it. He was showing me this viewpoint. In His outstretched arms with my view from His hand, was the entire universe. All creation was in His arms and my viewpoint was from His hand. I have to say, my viewpoint as I can see it so clearly now, was just that and I can see this viewpoint not as me, but being Our Holy Mother Mary second that crown was placed on her head by Our Lord.

I have to use this analogy in regards to this vision. Imagine being one single hair follicle on the top of a head. Can that hair follicle see the host it resides on in its entirety without dying or being removed from that head it sits upon or can it only see where it is? That is exactly how large this vision of God and the kingdom was.

I can not express the peace & joy that has filled my soul. The details are etched in my memory and can never be taken away. The colors and the peace can never be replaced.

Last Saturday I attended the Mother of Life Conference at USD and met some wonderful women from Northern California starting a new group called Fellowship Of Catholic Christian Women. They explained to me their work and goals and I informed then about the Legion of Mary. I filled out a card as they were raffling off a statue of Our Lady of Guadalupe and wouldn’t you know, I won. It arrived this morning just before I started to write this vision down.

Last month, I was asked to fly, all expenced paid to The Fatima Center to help in their phone bank for two weeks. All expences paid. I had to turn it down as I had just been given the task of Captian of our Adoration Chapel and did not want to leave our Lord. I found out this morning at the Leigon of Mary meeting, my parish, St. John of the Cross, was chosen to host the traveling Holy Mother statue from, The Fatima Center. Here I was so distraught that I could not go see her and help her and now she is coming to us in San Diego.

There have been many many things in my life that have lead me to our Lord, all of which I had taken for granted for so many years going back to my very youth. I can never look at this life the same again.