Tag Archives: Triumph of the Cross 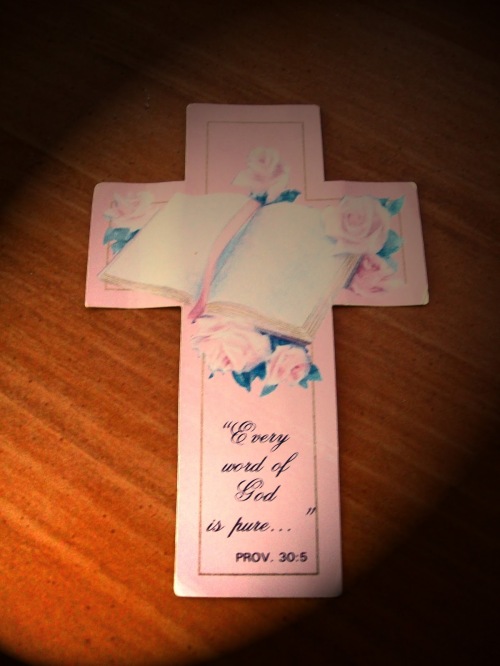 We all have many crosses our Lord has handed to us in this life. Not one is equal to the next nor equal to someone else’s that they must carry. They are similar in appearance but in how we carry them, comes with each of our lives and the things we encounter daily, and how we accept our Lords cross in how we carry them. We can choose to place more weight on them with a standard that our Lord Himself would never place on us, or we can simply look at the cross He carried and accept that no matter how heavy ours may be, His was and is, the only one that matters. It does not mean we place our crosses down, but rather pick them up with hope in Him that He will always be there to help us carry them with much greater ease.

In my daily walk I find myself looking to Mama Mary and the cross she was handed the day she said yes to Abba Father. That simple yes to God’s will brought not only our Lord into all our lives, but the weight of His cross added onto Mama Mary’s life. She became one again not only maternally but spiritually. They become one not only as a mother and child as she carried Him in her womb, but the entire span of His life with her, and all of us, even now. There is no doubt she was told all that would take place in the life of her Son and our Lord. Holding all this in her heart daily, until He came for her at her assumption.

I place all the same hope that Mama Mary had at the uttering of the word yes, to my end so to spend eternity with my Lord and her with all the holy Angels and Saints of our Lord Jesus Christ. With much less perfection as I am not full of grace, but am only as full as Abba Father has allowed me to be through His merciful Son. Not equating myself to her in any way, but seeing her as the perfect soul to emulate in a world of imperfection.

When we look at our Lord on the crucifix, it’s very difficult to look at our own cross and with a clear heart and mind to utter the words, mine is much greater. It’s actually laughable to even think that somehow my cross could be heavier than theirs. Therefore making my cross a simple paper crucifix that I have been called to carry. The Words of our Lord on that simple cross carry the weight and the Holy Spirit of our Lord keeps it all in check to ensure, the glory is given to Him, for the glory and honor of all I have seen, lived and encountered throughout my entire life, belongs to the most Holy and Divine Trinity.

When we undergo so many trials and suffering in this life, its meant for all of us cast our eyes upon Him on His beautiful cross and to pull closer to Him to listen to His Word. We do not belong here to stay for eternity but only belong with Him in paradise.

Today is the Triumph of the Cross. May we all simply say yes Abba Father, and do all He has asked of us. To love and serve Him in all that we do, every day we are here in exile.

The Exaltation of the Holy Cross

“Have this mind among yourselves, which was in Christ Jesus, who, though he was in the form of God, did not count equality with God a thing to be grasped, but emptied himself, taking the form of a servant, being born in the likeness of men. And being found in human form he humbled himself and became obedient unto death, even death on a cross,” (Phil.2:5-8). [1]

Today we honor the Exaltation of the Holy Cross and Jesus’ triumph upon it. In today’s feast, we are reminded of God’s plan of Salvation and His work to raise up humankind through the saving power of Jesus Christ. In Christ on the Cross, sin is overcome and we are offered a new life, with Christ at the center. According to a traditional account, the relics of the holy cross were discovered by St. Helena, mother of Constantine the Great, in 326 when she was on a pilgrimage in Jerusalem. The relics were captured by Persians but later returned in 628 and now reside at the Church of the Holy Sepulchre. [2][3][4]