Tag Archives: Where Are You Volunteers In Faith

Where Are You Volunteers In Faith 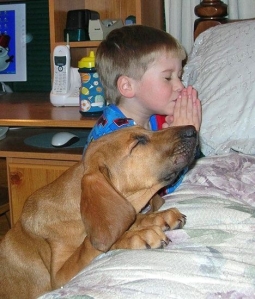 Today being First Friday, along with the last School Mass before Summer Vacation, I attended the 9 AM Mass with my children and all their classmates. Following Mass, it was a day of FUN and no classes. I helped out getting lunches and with a few games and the entire time was nothing but a welcomed distraction away from the world. A distraction away from a lot of sadness I felt last night after attending a meeting, in which I will be a group leader for our Vacation Bible Study for children.

At the meeting last night, during the introductions, I couldn’t help but feel the worry from 90% of the other volunteers. Most of which are grandparents who are the ONLY source of religious activities in their grand children’s lives. Most of which mentioned that for most of the children who would be attending, the week long program was the ONLY TIME through the year, God was even mentioned in the children’s lives.

I couldn’t help but feel the secular world crushing down on these poor people as they watch with so much worry as another generation of children are growing up without any knowledge of God and the Catholic Faith. Where is the miscommunication? Where is the disconnect between them and the Catholic children THEY raised, who now refuse to give THEIR children the same gift of faith, their parents gave them?

I couldn’t help but think of how many baptisms are performed along with First Communions. How many people attend mass when there is a special occasion. Or even the amount of people who attend on Christmas & Easter. I wondered, where are all these couples were, who were so determined about having the big Catholic Wedding? When couples choose to get married in the Catholic Church, your swearing an oath to God, not just to each other, but also to the entire Church.

The Catholic spouse, if the other spouse is not Catholic, must promise to do all that he or she can to have the children baptized and raised in the Catholic faith. If your married in the Catholic Church its required to bring your children up Catholic. Where are all the parents? If more couples spent as much time preparing for that wedding day as they did ensuring their children know who God is, maybe our children could fix a lot of the problems we now have in today’s society. Never forget! The absence of God, is hell. If we can’t set aside at least some time each day to pray and learn about God with our children, ask yourself, who are you raising God’s children for?